Synchrony Live Event
PSB hosted an intimate look at the new Synchrony Series, PSB Speakers’ latest flagship line, with Founder and Chief Designer Paul Barton on September 16 at 4 PM ET (1 PM PT) via YouTube Live. Dave Morrison, President, IsoAcoustics was one of the featured guests in the Q&A session. Participants will be entered for chances to win door prizes from PSB and IsoAcoustics. 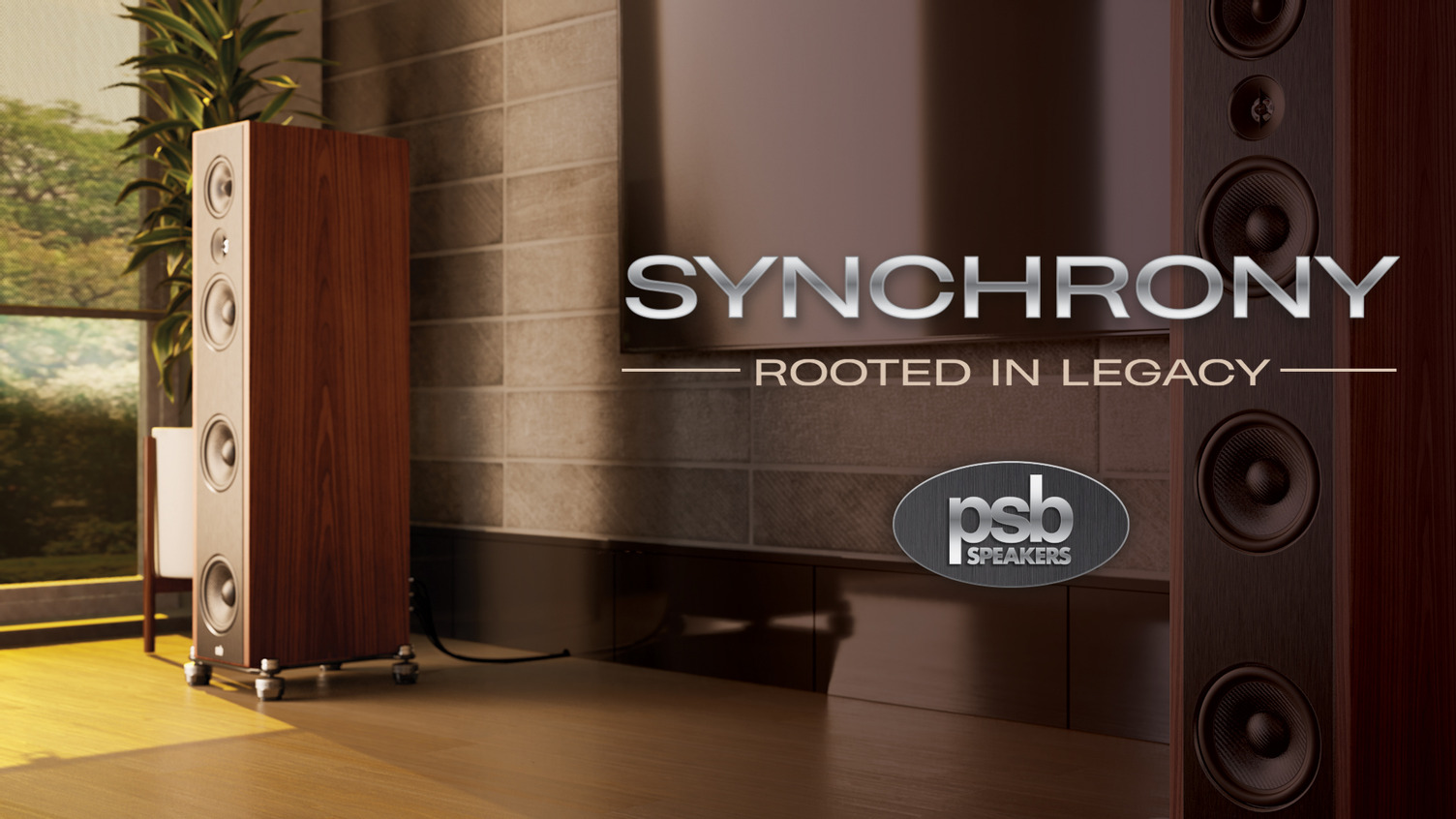 Paul Barton, Founder and Chief Designer at PSB Speakers has been at the forefront of speaker design for the last fifty years. PSB is synonymous with high-performance and high-value loudspeakers for music and home cinema enthusiasts. PSB and IsoAcoustics first collaborated on the CustomSound In-Room Sub (CSIR Sub). Now, they’ve teamed up again to integrate IsoAcoustics isolators on PSB’s new top-of-the-line Synchrony Series.

The new Synchrony Series speakers are a reincarnation of the well-received Synchrony line of the 1990s. They feature the same sound signature that has made PSB Speakers popular for decades. Optimized to include the latest technology for today’s audiophiles, the T600 and the B600 represent the finest application of the brand’s “True to Nature” design philosophy. The series features an impressive list of new technology innovations, including new drivers, crossover network, cabinet design, and built-in IsoAcoustics isolators. 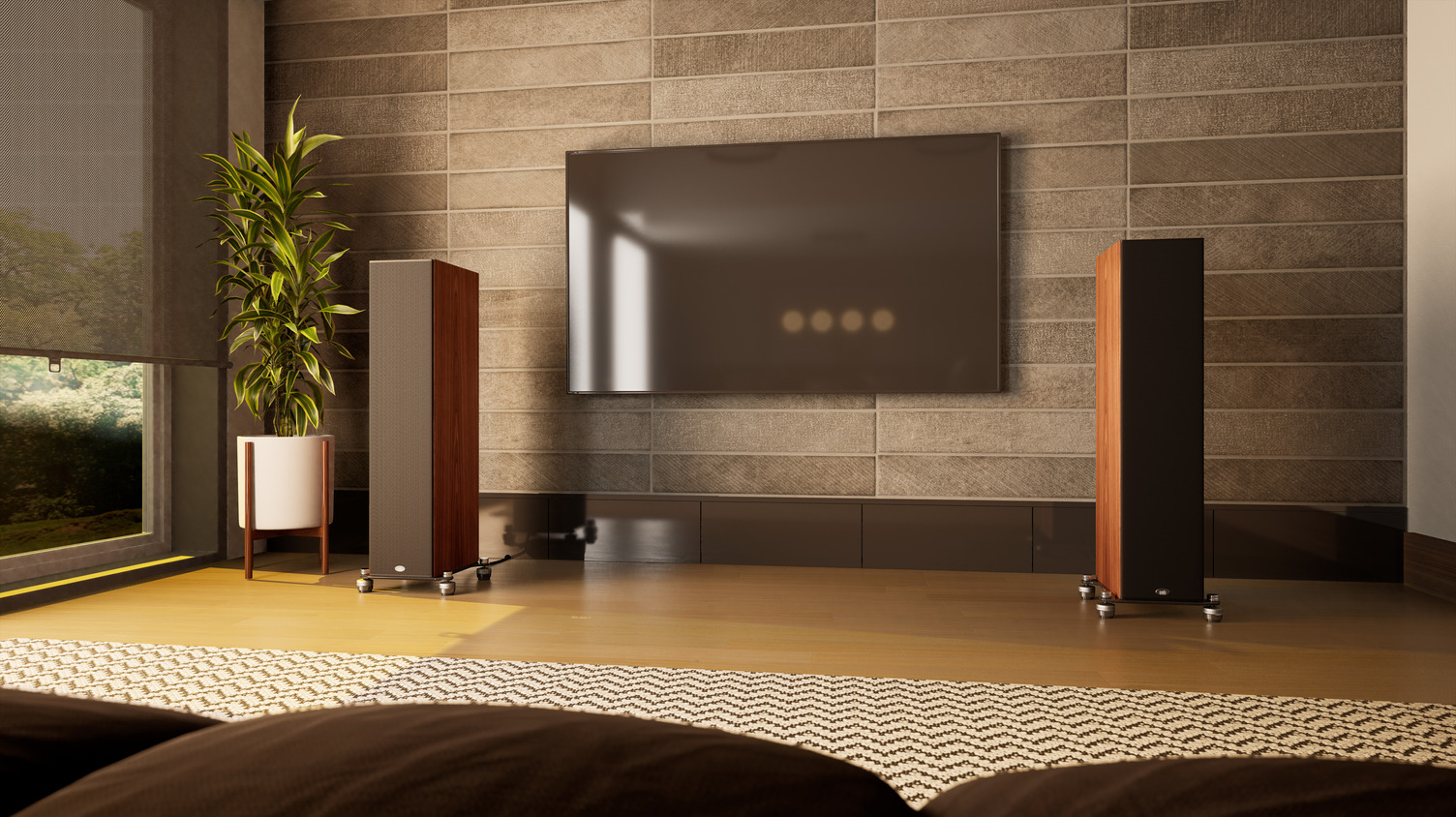 “It is an honor to work with Paul again and especially on his new flagship line of speakers”, says Dave Morrison, Founder, at IsoAcoustics. “Almost 30 years ago, Paul came to my home to help me set up my new PSB speakers. With Paul’s attention to detail and some pink-noise analysis, I had a greater appreciation of the enormous impact the boundary conditions have on the sound quality and imaging. That moment was the beginning of my personal journey that eventually led to IsoAcoustics, and in many ways this collaboration feels like the closing of a circle.”

“Collaborating with IsoAcoustics on the new Synchrony speakers was a great experience, especially since we go back a long way as far as being peers and friends in this industry,” says Paul Barton, Founder and Chief Designer at PSB Speakers. “IsoAcoustics isolation technology helped to calm any resonance feedback and really sharpened up acoustic performance, especially in the imaging and damping.”

IsoAcoustics is grateful for the opportunity to work with Paul and the team at PSB Speakers who have been instrumental in building the audio industry in Canada and paved the way for companies like IsoAcoustics. A growing list of international manufacturers are now integrating IsoAcoustics award-winning technology into their high-end loudspeakers, studio monitors, turntables, equipment, and furniture. 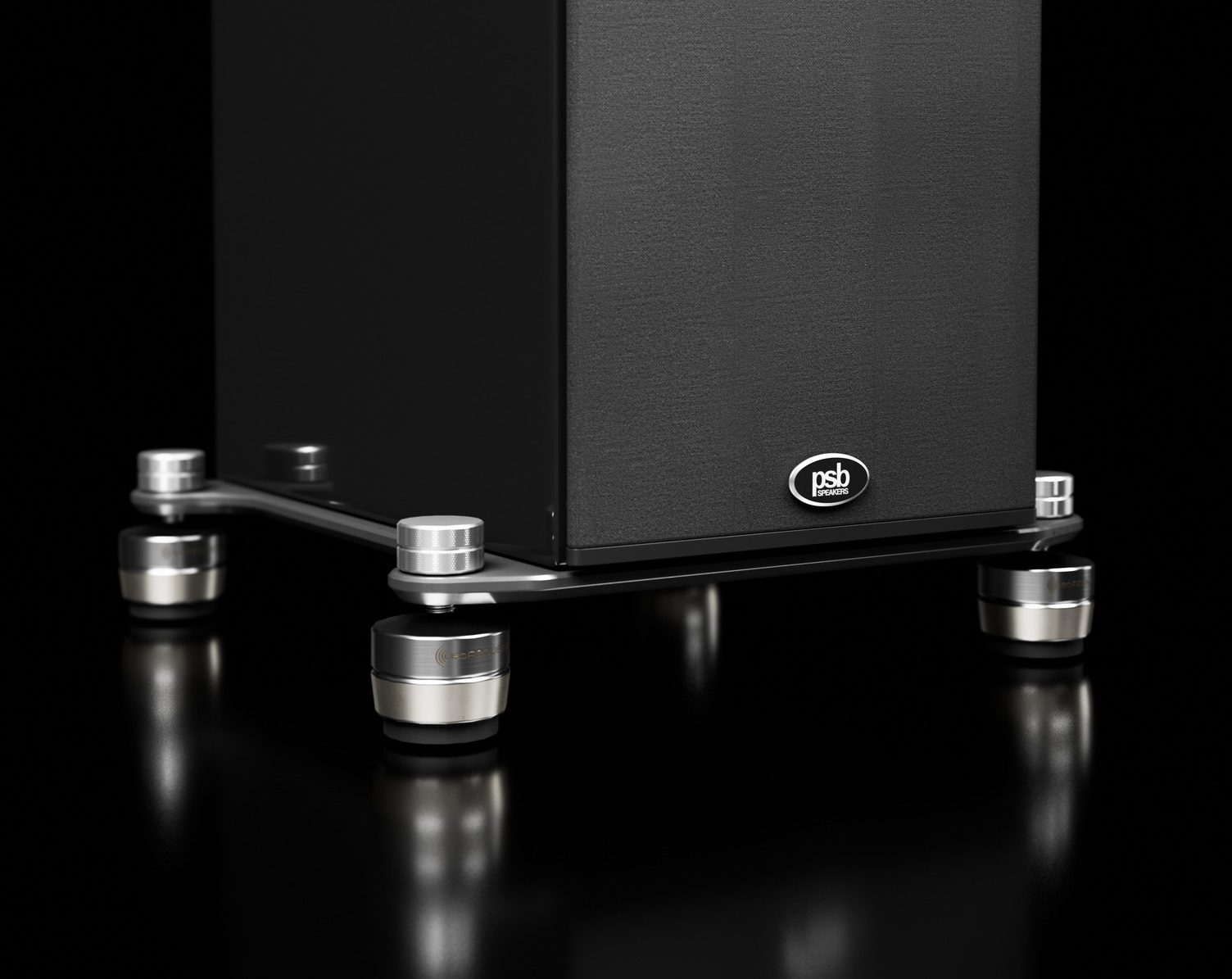